This week in the Malahide Epic Life group we got to go a bit deeper.

If you believe in the word failure, you believe failure exists. There have been many things I have not finished, because it got to the point where it wasn’t interesting any more, or just became too much effort. I learned, I didn’t want to put more effort into it.

So the belief in this word, actually creates a block, and also creates an opportunity for you to diminish your self image, based on this word that does not exist, in the real world.

I am a failure. I had this belief in me. I failed everything at school. It wasn’t until I was in my 30’s that I realized school failed me, not the other way around. I was not a failure, I survived a system, that is literally set up to diminish self-esteem. The teaching system didn’t work for me.

We are constantly growing and improving, so is everything in the universe is too. That is the truth. There is no end there is no failure. Things don’t work and we learn and grow. Super simple.

You have always been learning and growing. Never ever have you failed.

So the belief in this word / concept is what is holding so many back. We all want things to work out, but having a fear of it not working out, (fear of failure) or fear of not being good enough, blinds you to the reality of who we are. You have grown today, things haven’t worked out for you today, you simply learnt and changed your approach.

Just like driving a car down a wrong road, you simply turned around and went the right way. No failure, just lessons and growth. 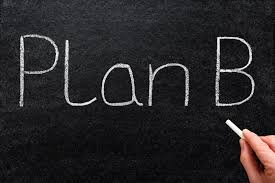 What holds all of us back is the belief in words. Like fear and failure. They simply do not exist. But our story of them does, and you can drop that in a second.

Just like the story of your self-image. You are always growing, that is the truth. All the other stories are BS!! Anything other than I am awesome and I’ve overcome everything in my life, is not true. It is the same for everyone else.

This site uses Akismet to reduce spam. Learn how your comment data is processed.